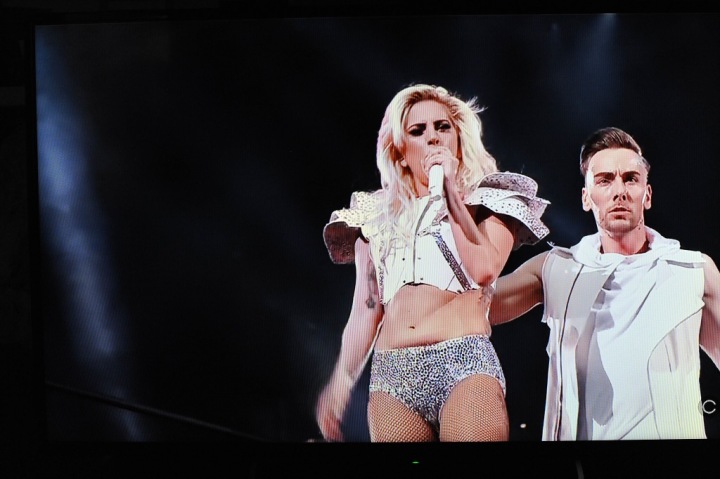 Let’s kick this post off with some positives – Lady Gaga absolutely slayed the half time show last night. She’s so talented, looked amazing, and her songs are fire. Not going to lie, she totally inspired me for those 12 minutes. She’s just a really cool, artistic person and sends a great message (Born This Way, anyone?).

But how did I know it would somehow get ruined? Because there are still body shamers out there, that’s how. If you caught the performance, Gaga kicked off in a badass body suit, eventually moving into tiny high waisted bottoms and a cute football padded top. And if you somehow missed it, her stomach was showing. Her stomach, need I remind you, is tiny and flat. But naturally, crazy people took to social media and body shamed her.

Want some sickening examples? One Twitter user said, “I just feel like Gaga’s dough belly should’ve been tucked in better. #jussayin.” Ha, okay dude. Another said, “Am I the only one that peeped Lady Gaga had a muffin top / lil pudge there.” Yep, you are.

How do I feel about it? I feel downright disturbed and outraged. First of all, it’s HER body. What gives you ANY right to give your opinion about it? I know she’s a celebrity and performing on a large platform, but I still don’t think it gives anybody the right. I also can’t stand seeing women shaming other women (which is a whole other story).

I’m so glad to hear her fans, or “Little Monsters,” were defending her on social media; but why should they even have to? Here’s my thought process:

The fact that people think it’s normal/okay to critique her body (or anyone’s for that matter) enrages me in so many ways. It really affects people, and I don’t think a lot of people think that through. Imagine a 13 year-old girl scrolling her Twitter feed and seeing a tweet about Lady Gaga’s “rolls.” Suddenly, rolls are “bad” and make you “fat.” Suddenly, she feels fat. And she may be more likely to call herself fat while getting into a swimsuit this summer, or she may think it’s okay to call someone else fat.

I may have taken that down a dark path that hopefully won’t happen, but think about it. Think about how everything you say can hurt and affect others, even if it’s not direct feedback to them. Hearing other people critiqued for their figures personally hurts me. I’m not kidding, it’s not something I like to hear – partly because I picture myself or loved ones on the receiving end, and it’s not a good feeling.

I hope everyone reading this will just stop judging others, and good lord, accept some ROLLS. Because they are reality, and perfectly okay.

I also hope to be a voice for everyone – everyone who’s been affected by body shamers, who feels affected when stuff like this happens, and who wants this crap to end. The reality of it all is, it’s those people’s problems, not yours, Gaga. So keep slayin’ the game, girl. 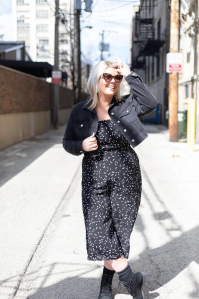 The Curve Confessions by Kenzie is a movement inspiring women to find happiness in ourselves, no matter our size or shape; rock the skin we’re in with confidence; openly discuss body image issues we see in the world; and create a safe space where we all feel accepted.

Love this so much, so leaving it here for anyone who needs to hear it. . . Thank you @walktheearthwriter 🙏✨ . . #selflove #selfworth #loveyourself #selfworthquotes #bodypositive #bodypositivity #love #lifestyleblogger #lifestyleblog
Willing to travel through blizzards to celebrate my beautiful sis. Happy dirty 30 @calpitty! 🖤
I wrote a new post! <<6 Months In A New City: The Good, The Bad, The Isolating, & How I’m Working To Love Myself More>> . . Moving can be isolating, but I don’t think it’s just a new city that can bring up these emotions/require more self love. I talk about some ways I’ve been working to love myself more in this process, which I think is applicable for anyone. . . I’m hoping people might relate, need to hear this, or just enjoy the read. Check it out at the link in my bio ✨
I’m a writer, which means I’m also a reader. But I can’t lie that sometimes I feel like I don’t read enough, and it’s so important to me! . . So this year I’m committing to 1 book a month (hopefully more, but that’s the goal). To keep myself accountable, I’m going to share the books I’m reading on here. . . First book: The Happiness Project by Gretchen Rubin. I LOVED this book. Great read & perspective on real ways we can improve our daily happiness. . . Don’t forget to send any and all book suggestions to me this year, please and thank you! ✨ . . #loveyourself #selflove #booksuggestions #lifestyleblogger #lifestyle #blogger #blogger #happiness #happinessproject
✨ THIS ☝️ is something I’m working on. Having faith in myself and just doing my best to achieve what I want in life. ✨ . . Some days are harder than others, some days come easier, but I am right here alongside you for the ride - and rooting for ya 👏 . . #mondaymotivation #monday #mondaymood #mondayvibes #blogger #nycblogger #inspoblogger #inspiration #bodyimageblogger #selflove #loveyourself #bodypositivity
New hair, same hotmés 🖤 . . Hair by @jenna.mast @foxandjane 💇🏼‍♀️
Moving to New York was something the three of us have talked about for the past year plus, and we’re finally all here! Yesterday we took an amazing dance workout class at @forward__space, got foot rubs, and got lunch and caught up. . . I’m so thankful to have these two here and so thankful for the journey experienced so far in NYC (highs and lows included), and what’s to come✨ #sappypost . . #blogger #selflove #loveyourself #inspo #inspiration #inspire #motivationmonday #motivation #mondayvibes
Comparison: does it ever get to you? Whether it’s comparing your body to others, comparing your own body to how it’s looked in the past, and/or comparing yourself/your life to others in any way, this new blog post is for you. . . I talk about ways to stop comparing ourselves — that goes for our bodies and in general. I hope you walk away with some inspiration and ideas to love yourself more; and compare yourself less. Link in bio to read✨ . . #bodypositiveblogger #bodypositive #lifestyleblogger #lifestyle #loveyourself #loveyourbody #selflove #stopcomparing

CC Playlist of the Week